Sound we hear all around us comes at us from all directions. Much of the sound we hear may not actually be visible but may have been reflected off structures and buildings or any surface that is hard and rigid. When a sound engineer has a task of building a noise model containing sources such as vehicle movements on road surfaces or sources related to industrial equipment, they may need to take reflections into account.

Depending on the type of noise source to be modelled, there are different standards and guidelines that a noise model should adhere to. The Calculation of Road Traffic Noise (CRTN) is used widely in the UK to assess road traffic noise, whereas ISO 9613-2 specifies an engineering method for calculating the attenuation of sound propagation outdoors for industrial sources.

Here we look at what each standard says about reflections and how an engineer may replicate this in a noise modelling software such as SoundPLAN.

ISO 9613-2 is different, in that it does not mention façade corrections, so this part is at least ignored. The reflections from the façade that the receiver point is on can be considered depending on the settings you select in SoundPLAN. 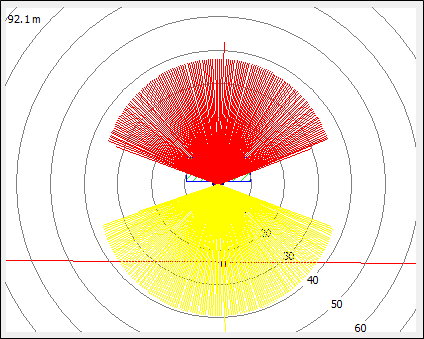 To account for reflections, the reflection order must be at least greater or equal to 1. The reflection order is the number of times a sound ray is allowed to reflect off any object in the model before the model ignores it. If this is set at 0, it does not matter what other settings are adjusted, there will be no reflections considered. Luckily though, by default, it is set at 3.

Attaching a receiver to a façade (denoted green in colour as opposed to yellow) will not give any reflections from the building it is attached to, and because ISO 9613-2 does not mention façade corrections, there will be no correction for this. To get around this, the engineer could leave the receiver un-attached (yellow receiver), however, it is useful to attach receivers to buildings (for example to determine noise levels at bedroom windows). Therefore, if attached receivers to buildings are desired and reflections from its own façade is also desired, then the following option should be turned on.

This will force SoundPLAN to calculate the reflection from the façade for assigned receivers.

Reflections from the façade in front of un-attached receivers will be accounted for (unless you have the reflection order set at 0) so there is no need to adjust the the Propagation settings for these receivers.

To summarise, the below table displays the receiver situations for both CRTN and ISO 9613-2 in which reflections from its own façade and façade corrections are being applied in SoundPLAN. 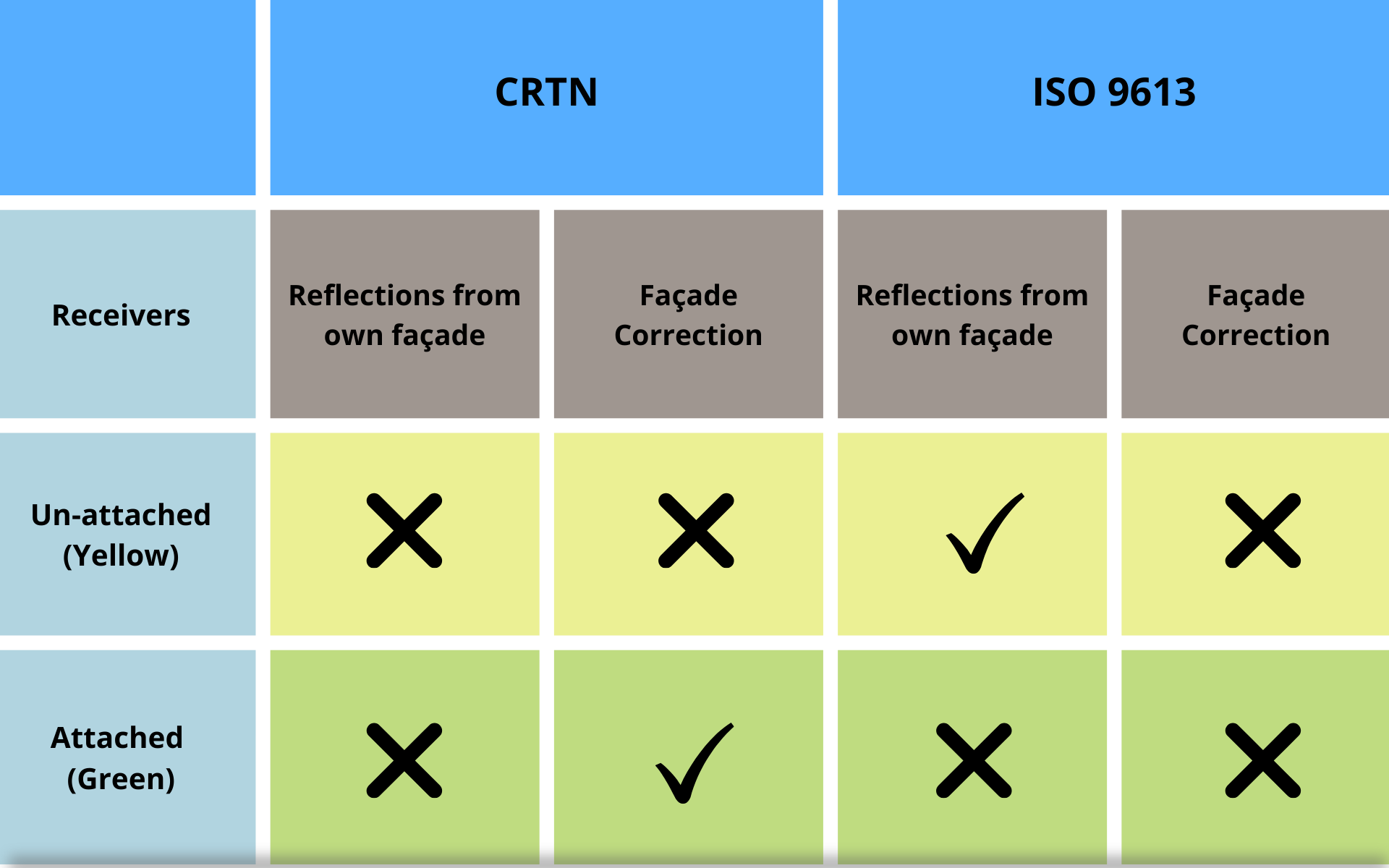