Biodiversity Net Gain is an approach to development and/or land management that aims to leave the natural environment in a measurably better state than beforehand. A gain of 10% is now required for nearly all new developments throughout the United Kingdom (UK). 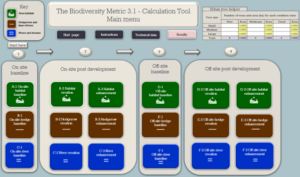 Who is the biodiversity metric intended for?

The biodiversity metric can be used by:

Accurate habitat maps are key to producing biodiversity baseline calculations for a site and given the spatial aspect of the biodiversity metric this is where GIS plays a key role.

Pre-development habitat information is collected on site by ecologists. A modern way to do this is to use Global Positioning System (GPS) enabled tablets installed with apps that allows the ecologists to map and collect data while in the field. This is a much quicker and robust solution to the traditional ecological survey method of drawing on paper maps.

Post development plans are often received from developers in file formats from computer aided design and drafting software applications such as Autodesk AutoCAD. GIS software has the capability to translate and import these files so compatibility is no issue.

The biodiversity metric has a GIS import tool so the pre-development baseline conditions and post development plans can be easily imported into the spreadsheet. 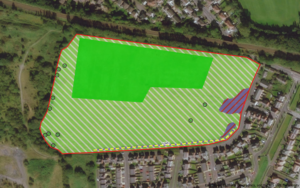 From the use of satellites to drones, GPS and rugged field survey tablets, photogrammetry, machine learning and data science, we offer a refreshingly modern approach to our environmental consultancy work.