At its 2019 debate at the Royal Geographical Society of London, the Earthwatch Institute declared bees as the most important living beings on earth. Earthwatch is known for enabling volunteers to participate in research at remote locations worldwide and the institute has been working on numerous projects concerning pollinating insects such as bees, butterflies, and moths.

The discussion about bees, however, is not new. Back in 2008, at the Annual Earthwatch debate in the UK, five scientists made their cases for the most important species to the planet and the audience was asked to vote for only one. The intention was to shine a light on the importance of all species, but when the vote was eventually made, bees were elected as most important [1].

Bees have been in existence from around 130 million years ago, an era known to palaeontologists as ‘the Cretaceous’. This time period also saw the first flowering plants, as well as a peak in population of the Cretaceous dinosaurs. 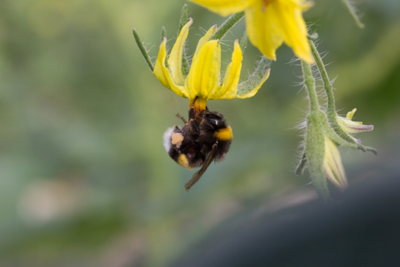 While these little critters appear insignificant (and sometimes pesky), they play a vital role in world agriculture. In fact, it is estimated that 70 percent of the world’s agriculture is dependent on these pollinators. There are approximately 25,000 different bee species around the world, and bees have earned their reputation as ‘busy bees’ by pollinating billions of crops each year. For crops to germinate, they require the transfer of pollen from the male part of the flower (the anther) to the female part (the stigma). As bees move from flower to flower in search of nectar, they leave behind grains of pollen on the sticky surface of the stigma, allowing plants to grow and produce food.

If you love apples, melons, cranberries, asparagus, or broccoli (to name a few), you should tip your sun hat to our sweet, insect friends!

Bee pollination services help to grow important food crops, such as avocados, soybeans, asparagus, broccoli, celery, squash, sunflowers for oil, cucumbers, citrus fruit, peaches, kiwis, cherries, cranberries, almonds, and melons (and of course, honey!). This also gives rise to the massive (and seemingly endless) range of manufactured food products made from all these ingredients. Honeybees can also pollinate clover and alfalfa, which are fed to cattle, so they are important for the meat and dairy industry, too.

Honeybees also significantly contribute to the pollination of other important crops such as cotton and flax. Did you know that the annual global crop pollination by bees is estimated to be worth $170bn? Honeybees also produce valuable non-food products such as propolis, royal jelly, and beeswax which are used in cleaning, medicinal and beauty products. In addition to maintaining our fragile food supply, bees also play an important role in overall biodiversity and wild plant growth.

As with other species, bees are beset by the same existential threats and environmental challenges as most other species.

The key reasons for the global bee-decline are sickness, hunger, poisoning and loss of habitat. Below is a list of specific factors that contribute to a decline in bee population:

‘Bee’ the Change You Want to See in The World 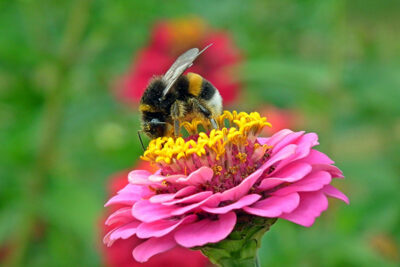 Do you want to help? There are many ways to help your local bee population. 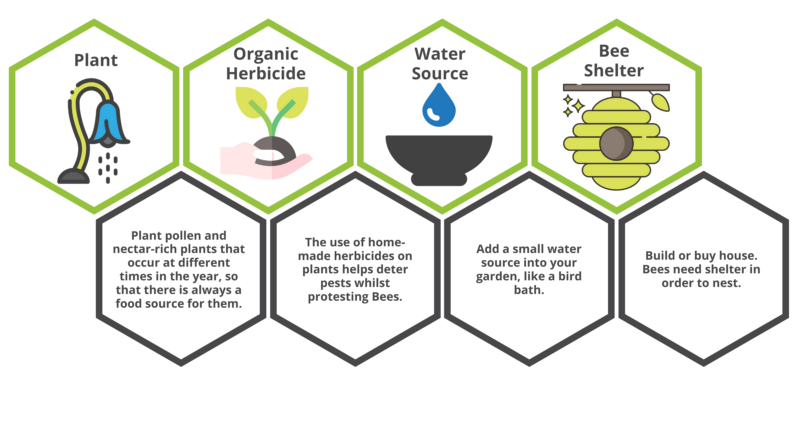 It’s easy to see why the bee population is so highly revered in the science and agricultural communities. They are the reason we can eat delicious strawberry ice cream, apple pie, blueberry muffins and important vegetables like peas and beans.

So, the next time a bee buzzes by, think again. Bees land on us to gather sun, warmth or moisture and many cultures believe that a bee landing on you is good luck!

John Muir, an important figure in conservation, summed up the importance of bees when he said:

When one tugs at a single thing in nature, he finds it attached to the rest of the world.
John Muir

Fun fact: William Shakespeare wrote a poem entitled “The Commonwealth of the Bees”. Read it here.

Declining bee populations poses a threat to global food security and nutrition. So, protect bees at all costs because they are, quite literally, the ‘bees-knees’!