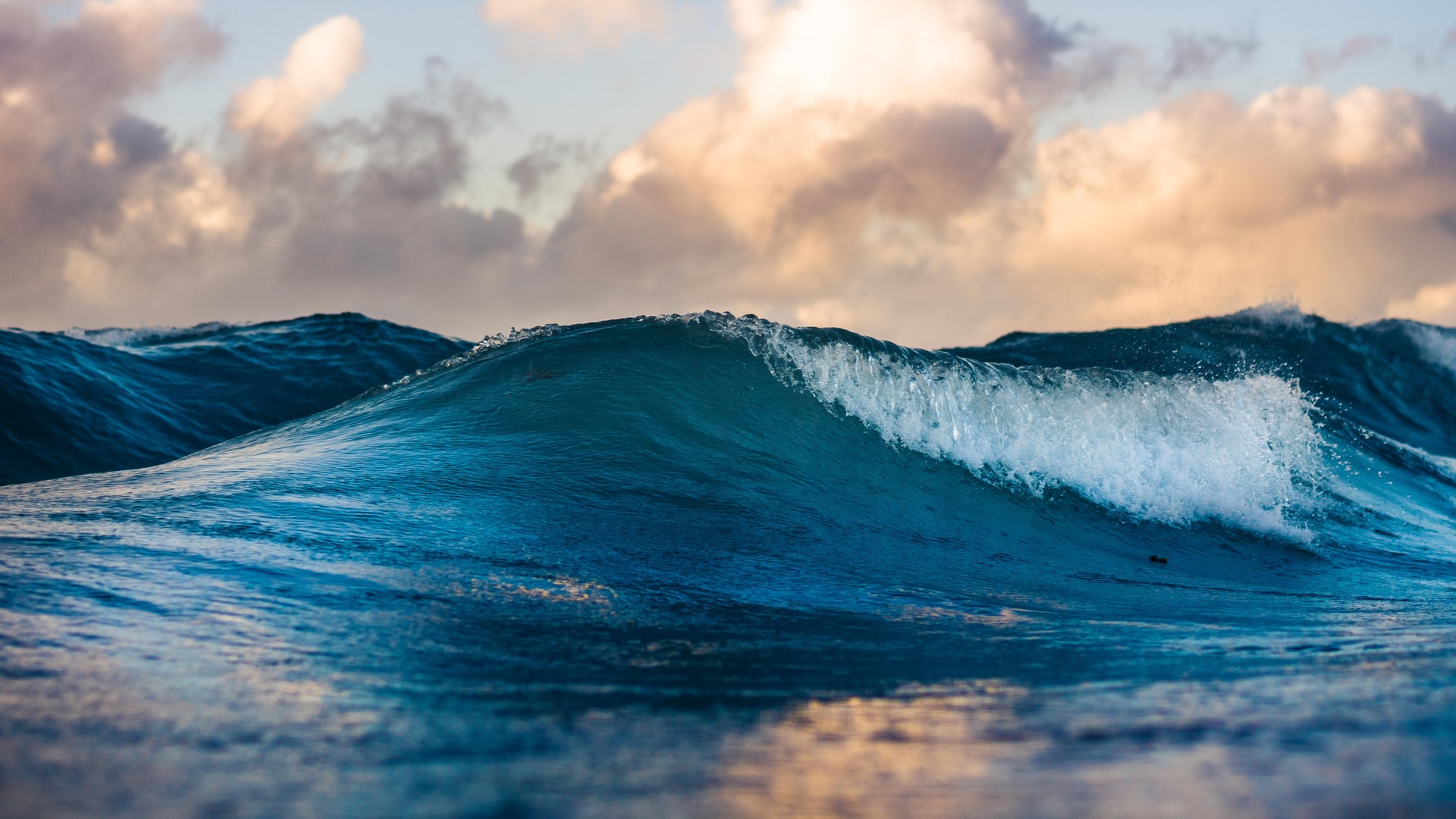 Photo by Silas Baisch on Unsplash

This online seawater density calculator is based on the UNESCO formula which calculates the density of water as a function of water temperature (T), salinity (S) and pressure (p).

In many cases, water can be assumed to be incompressible. This is particularly useful in simplifying calculations or analyses related, but not “sensitive”, to water density. On the other hand, oceanographers require density measurements to be accurate to the fifth decimal place [1]. The reality is that water is compressible, albeit a very small amount, and only noticeably so at high pressures. In the context of ocean water density, water pressure increases with depth at a rate of 1 atmosphere for every 10.06 metres of descent [2]. This means that at a depth of 1 km, the water pressure is approximately 100 atmospheres or 101.3 bar. Therefore, as the pressure increases (at deeper depths of the ocean), the water is slightly compressed and the water density increases.

When salt (sodium chloride or NaCl) dissolves in water, there is a significant increase in mass of the solution due to the relatively higher molecular mass of the dissolved ions Na (22 g/mol) and Cl (35.5g/mol) when compared to water or H2O (20 g/mol).

See this excerpt from a study on the volumetric effects due to ion-solvent interaction in aqueous electrolyte solutions:

Is there an environmental engineering tool you would like to see at wkcgroup.com, or do you have recommendations on the tools we have? Please complete our online tools feedback form.

Disclaimer
Please note that this or any other calculators on the wkcgroup.com tools room are for information only. WKC Group has endeavoured to ensure that the information presented here is accurate and that the calculations are correct, but will not accept responsibility for any consequential damages, faults or human errors that may arise from the use of formulas, inventories and values.
Subscribe to our Tools Room!